Usually doing an install on an Audi isn’t such a big thing as our Tech’s do install’s on European cars almost on a daily basis, but when a regular customer that is MAD on Digital Designs comes in with his Audi RS4 Avant I just knew this was going to be something special.

Just to give to some info on this customer without dropping names, he has been a loyal customer of ABTEC for about three and a bit years, with install’s ranging from alarm and audio in his numerous courier vans to decking out his past Holden Commodore (That happened to have some mental 20+ inch wheels on it) with Digital Designs sub-woofers, amplifiers and speakers.

The man even happens to have one of the most beautiful S/C Mazda Rx3’s I have ever seen and by now some of you would of realised who I mean and if you do know who I mean you would also know how fussy this man is! And in my opinion fussy is a good thing when it comes to car audio and cars in general! 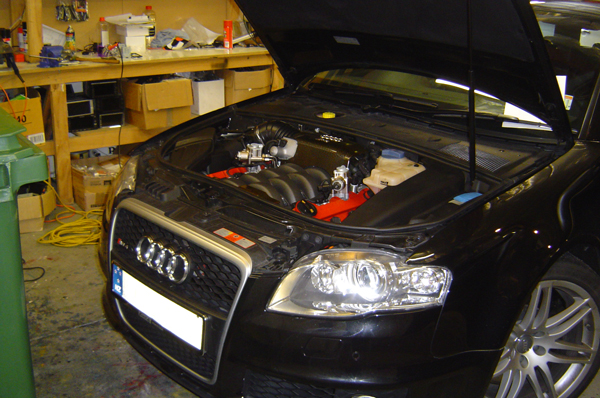 As soon as the RS4 was dropped off George and Lawrence got straight into it, carefully removing all the interior panels, fascia’s and the factory stereo!  The next job was to run all the cables and speaker wires through out the car, this might sound like a easy quick job.

But if you take into account that none of the factory wiring will be used since an amp will be doing the job of powering the Digital Designs DD-CS6.5 component speakers it soon becomes a lengthy job since close to twenty meters of 16 gauge oxygen-free copper speaker wire is used! 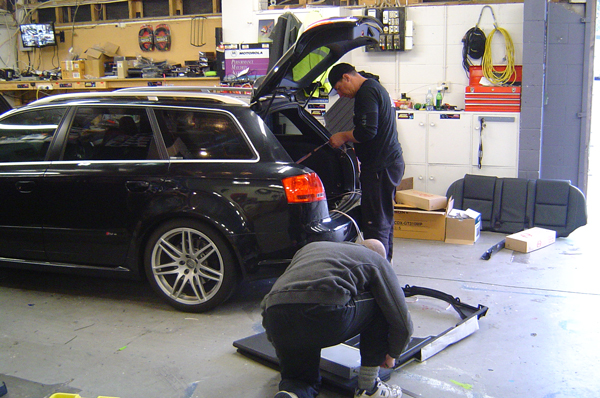 Once the wiring was sorted the boys installed two set’s of Digital Designs DD-CS6.5 component speakers into the Audi’s doors, this job is a pretty straight forward one for Lawrence and George since Audi’s come factory with Tweeter pods built-into the door cards. 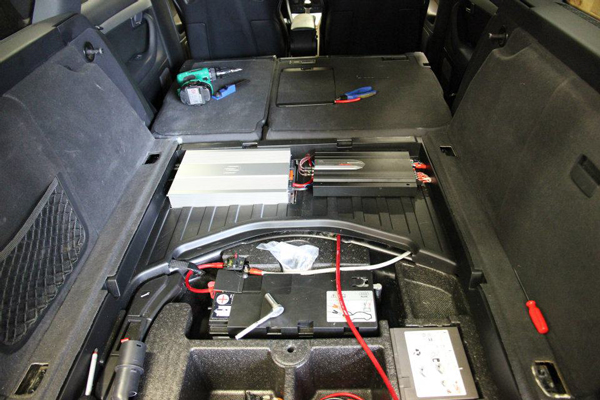 With the wiring, speakers and amplifiers all sorted it was now time to sort the head-unit out. Like most European cars the fascia-plate needed to be replaced to be able to fit the new stereo and also a amplified-aerial adaptor needed to be fitted so the aerial could connect to the stereo without any issues.

The stereo of choice was a Alpine IVA-W520E and I must say it was a good choice since when I hear the words Alpine I seem to think European cars, the Alpine IVA-W520E is also IMPRINT (Alpines 5.1 Surround) Ready too if are that way inclined and willing to pay a little bit extra for 5.1 surround. 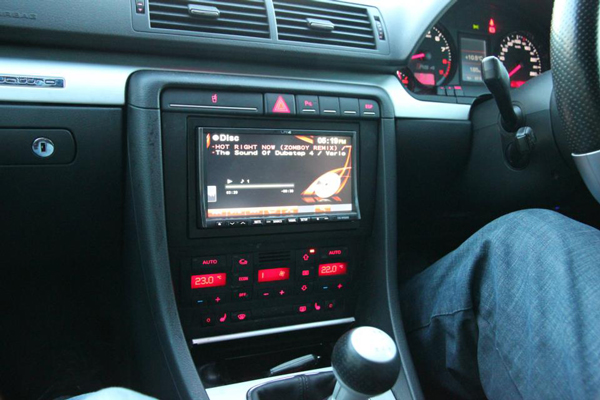 Now for the final touch, time to call in Ashley ‘MAD BASS’ Burrell to design and install the dual 10″ box that is housing two Digital Designs 3510-D2 sub-woofers!

I’m sure by now you have noticed that the colour of the right sub-woofer is different to the one on the left, this is because we only had one Digital Designs 3510-D2 in stock till our next shipment had arrived so Ashley offered the use of his one in the mean time!

Another thing you might of noticed is that the box isn’t carpeted like most sub boxes, Ashley convinced the owner to go against the grain with this one and have the box professionally upholstered in leather. And after seeing the end result I wish I wasn’t so impatient and got my own boxes upholstered this way!

I can reassure you this Audi RS4 sounds absolutely beautiful now and its owner is just as stoked as we were with the way it sounded! I was lucky enough to hear these two Digital Designs 3510-D2’s play some Excision before it was on its way to the Audi and I was very impressed by the low tones that a couple of 10″ sub-woofers could produce!

If you see a Audi RS4 cruising the streets of Wellington Thumping as it passes you with ease, just remember the Team at ABTEC are willing to help make your car SOUNDS ALIVE just like how this Audi RS4 is now sounding!