It had been quite some time since V4 & Rotary had a dB Drag Event or any event in the South Island, in fact there hasn’t been one since before the Christchurch quakes. With this in mind I think most people were quite excited to be having another event in the South Island and I personally think they couldn’t of chosen a better location, sunny Nelson!

Nelson is possibly one of my favourite locations around New Zealand, with its Far-North like sunny weather to the friendly locals makes it an ideal place to host such events or even a get away from your local place of daily residence.

Since it was the first event in Nelson setting up was interesting since where we had been placed was in the path of the Drift RC Track, after a quick compromise from the Drift RC Crew and myself we had our areas all sorted and set-up.

The turn out for the Sound Off wasn’t the biggest I must admit but in saying that it gave us all time to exchange ideas and discuss every ones current, past and future builds. This to myself was more enjoyable as we could take our time with the testing and really enjoy the atmosphere that Nelson provided.

The car that grabbed my (and a lot of other peoples) attention was Paul Bowe’s Ford Laser Turbo, this subtle little Ford at a blink of an eye looks like nothing special but a very tidy 80’s Laser Turbo. That is until you turn the key and what looks like an old knob style tapedeck opens and reveals the real Head-Unit behind it, also below it what looks like an old EQ turns around and reveals a bunch of switches like some kind car out of a James Bond movie!

Once the switches have been revealed you can use them to lower the rear seats to show off the hidden Amplifiers and open the hidden Subwoofer Boxes that house 4 x 10″ Subwoofers! I can’t emphasise how cool this set-up is since I haven’t seen anything like it since the early 2000’s! 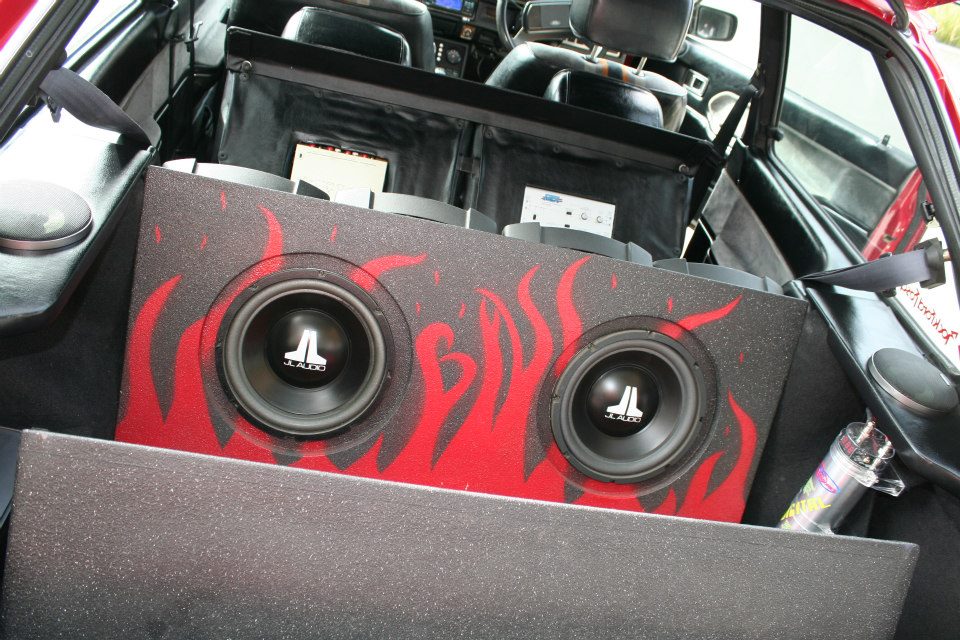 Now for the Results from the day.

As you see I got my ‘Official’ personal best but the result was 1dB down compared to the testing done two weeks prior, but in saying that I still can’t complain that my exit in SPL was a big one on the NZ scene for a single Subwoofer!

With the good comes the bad, three of Paul’s surrounds on his JL 10’s ripped themselves apart due to being perished from sitting for nearly ten years. To be honest I think I was more gutted about it than Paul was as he said he kind of expected it, I expect to see this set-up again next year and swear there is a easy 140dB in it once the Subwoofers have been reconed! 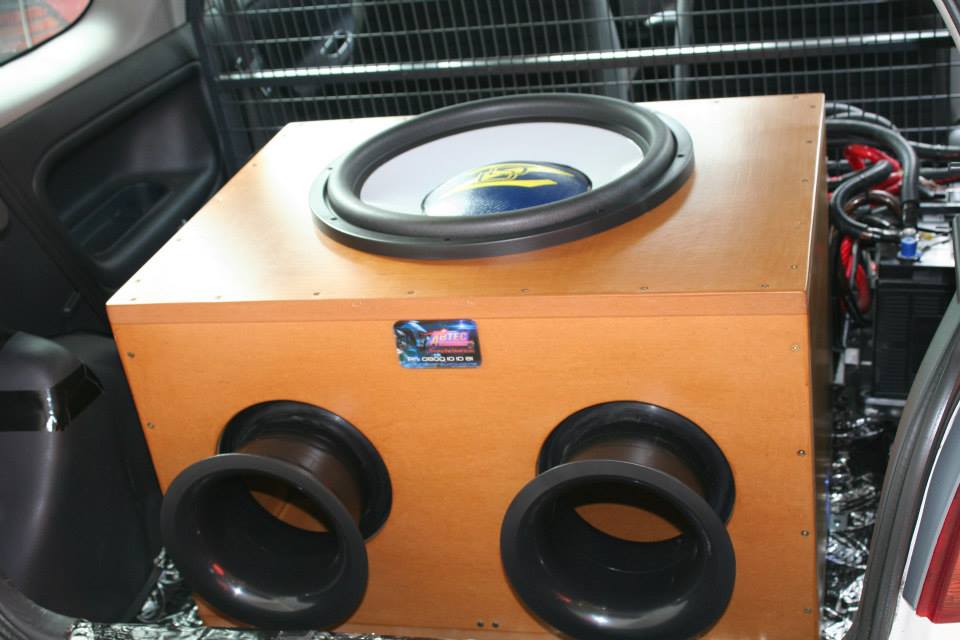 After we had the SPL Testing out of the way I thought I’d demo the Digital Designs Z18 on some music! Even though the Z18 was in a ‘Burp Box’ and tuned way to high for my liking I still found a good number of songs that projected the bass through out the venue.

What I was really loving about demoing the Z18 was peoples reactions when they realised it was only one Subwoofer, that and the looks on everyone’s faces when they sat in ABTEC3 and felt the bass hit for the first time! I tend to forget that not everyone has stupidly loud car audio or has experienced it so when I get to see reactions like I did in the weekend it reminds me of how lucky I really am to be in this industry! 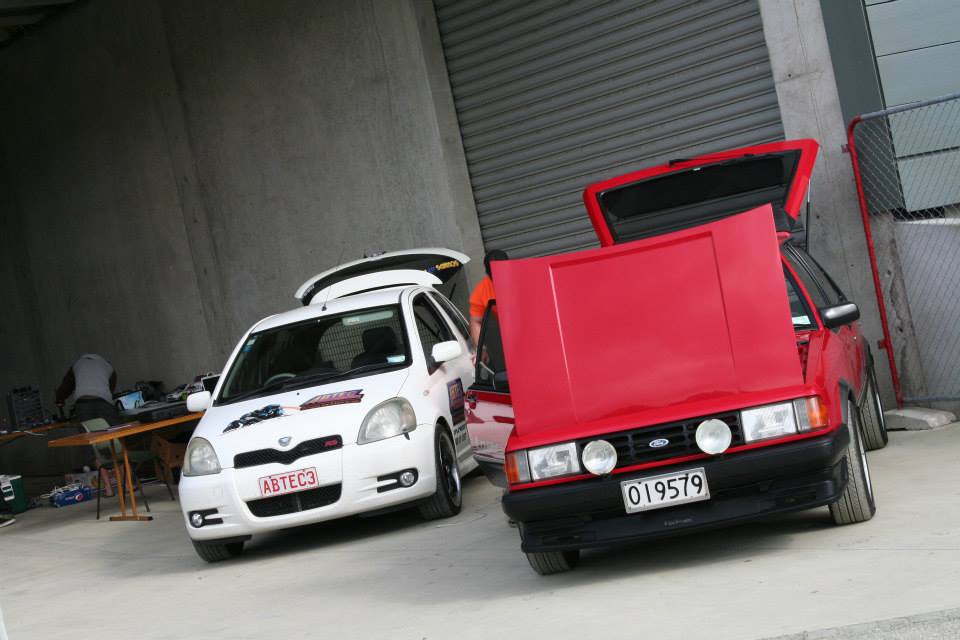 Ok, its that time again, that time to thank everybody… I’d like to start by thanking everybody that attended and competed in a dB Drag Event this year and to those that attended the 2013 Final in Nelson! V 4 & Rotary National Team for the continuing support and giving us the time & venues time and again!

Again to All the Competitors New & Old that keep on turning up to support the sport because without you guys there would be no Events and last but not least Ashley ‘MADBASS’ Burrell for organizing & funding dB Drag in NZ for all these years. 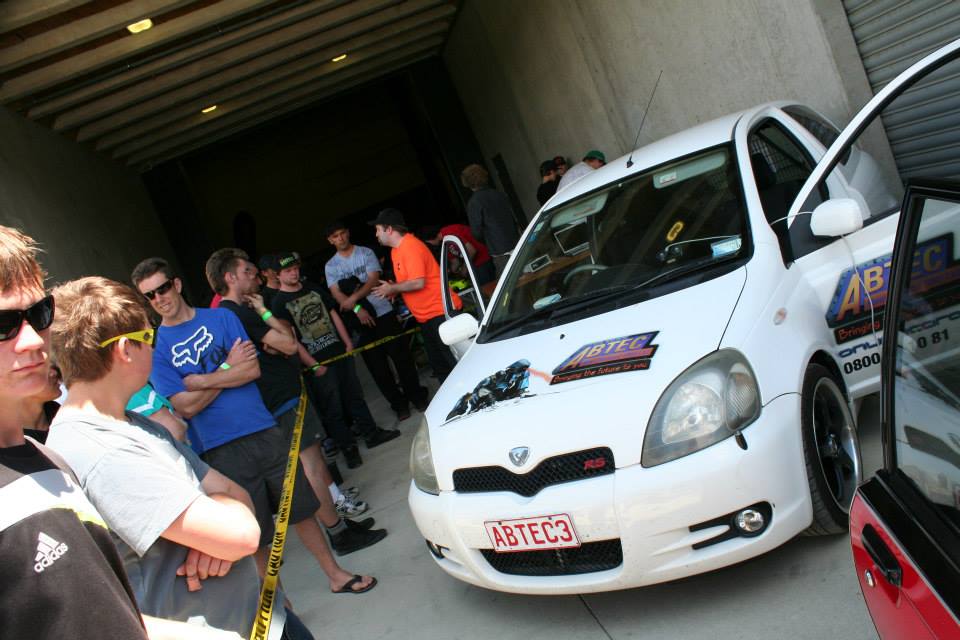