In the last three years ABTEC3 (Toyota Vitz) has gone from a everyday company vehicle all the way to being a Ground Pounder (Car audio car that can play very low frequency bass music) and everything in between, in its current setup I can float paper and do what people call Hairtricks (Floating girls hair) so I thought I’d take a little time and write up a little blog around one of my favorite past times. 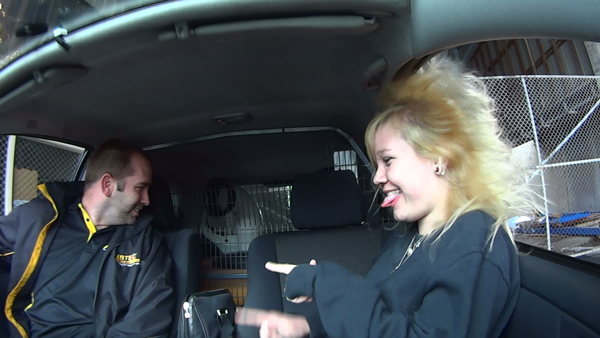 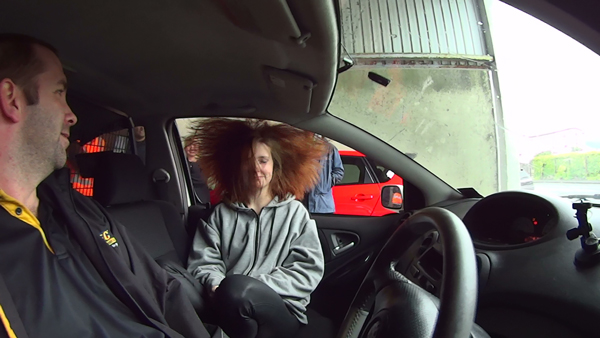 When ABTEC3 was handed over to me as a company vehicle I had been daily driving ABTEC1 (Mitsubishi Pajero) with the mighty DD-Z18 in it, going from the Z18 to any other Subwoofer is always a difficult one as the DD-Z Subwoofers have a very unique and beautiful sound about them. This was back in May 2012 and I was only handed the car to me for testing as a now previous employee had a very erratic way of testing that personal made no sense and after a long conversation with Ashley ‘Madd Bass’ Burrell I had convinced him I could get the baby Sony Subwoofers the 150db we were chasing. Less than an hour later I got a 150.1db and proved it again burping 150.1db another five or six times. To be honest to you this is where I caught the SPL bug even though my brother had introduced me to SPL in the 90’s, however I wasn’t really interested in it as it was not music. 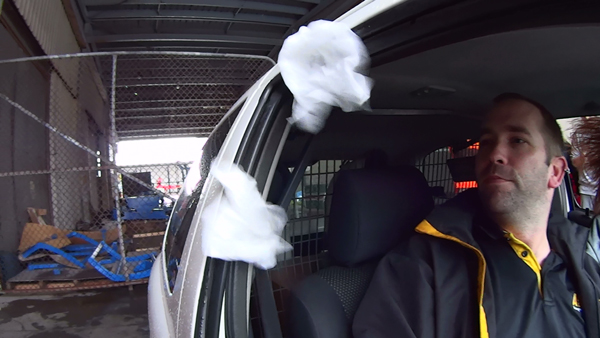 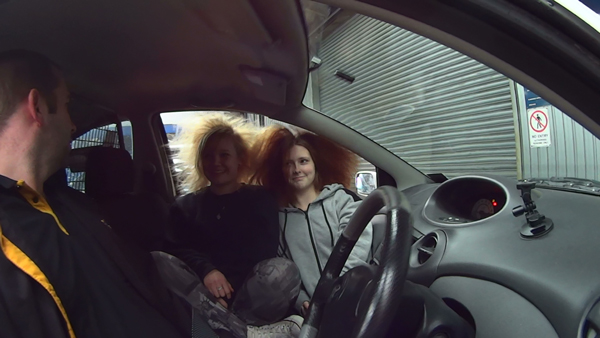 Over the next two years ABTEC3 had a good variety of setups including 5 different SPL setups varying from 4 x 10″ Subwoofers to 4 x 12″ Subwoofers to the single Z18 that is in it today, also with varying results from the original 150.1db all the way to my personal best of 156.4db! Then their are the music boxes, I could go on for quite some time as I have tested most of the DD Audio Subwoofer range during this time in ABTEC3. Once we got the 155+db official I had lost the SPL bug and I think this was due to already beating the 155+db goal I had set for myself, I feel this is perfectly normal considering my first love was always music. So at this stage I was driving around with a burp box in ABTEC3 so I made a couple of extreme changes so I would play insanely low and low it is playing and with dominance too. 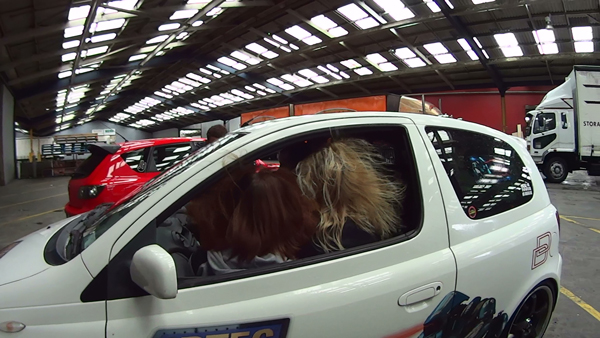 I get asked quite often what its like to drive a insanely loud car daily, now here is something that might shock you… I don’t always drive around at volumes ranging from 140 – 150db, sometimes I set the EQ to Flat and the Subwoofer Control to -10 and listen to “Normal” music. I state “Normal” very loosely as the most commercial of all the music I listen to would be Pink Floyd and Red Hot Chili Peppers (Only “One Hot Minute” and prior), however this music setup like this is just beautiful and feel free to ask for a listen if you see me out and about as I am always willing to do so!

On every other day though I tend to crank bass boosted tracks on the way to and from work (Usually on the motor and or away from houses, a time and place sort of thing) and it is very common to find me parked at the end of Petone Beach (Away from every one by the green shed) making flex videos, giving demos, doing Hairtricks or just appreciating the view of the ocean while listening to music on a Saturday afternoon! 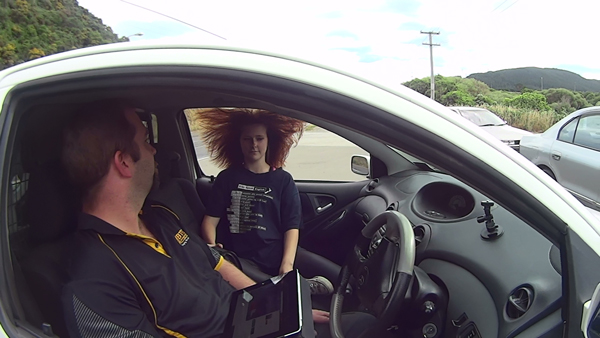 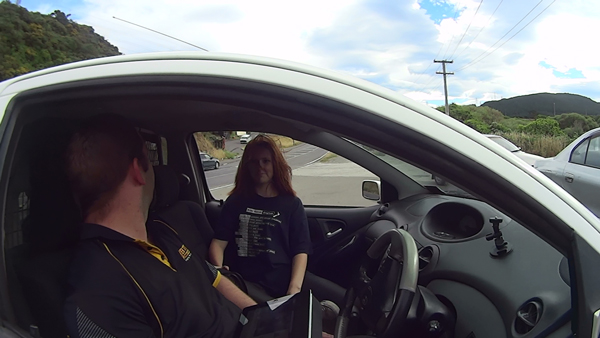 Ok, not everyone knows what Hairtricks are… Hairtricks are when you have female volunteer sit  in the passenger seat of the car with their hair close to the window and the wind force of the bass lifts the volunteers hair to the point of floating it. Off the top of my head there are only about half a dozen or so cars in New Zealand that are capable of doing Hairtricks, so when I realized that I could do Hairtricks you could only imagine how ecstatic I was!

Soon after I was off down the beach everyday trying to find songs that were good for Hairtricks and when I didn’t have a volunteer to test songs out on I’d test the song by seeing if it floats paper and as crazy as that sounds if a song can float paper it generally will move enough air to do a Hairtrick. Frequency can play a major part when it comes to doing Hairtricks as a general rule of thumb the lower the frequency the more the Subwoofer will move (Excursion) hence the more airflow in the car, this is a brief generalization as there are a lot of different variables that come into play here. If you want to know more about this feel free to ask myself about it if you are ever down at ABTEC Petone.